Marvel unveiled its newest look at the studio’s first big blockbuster of 2018, Black Panther, earlier this evening. The trailer can be seen above.

Like so many trailers before it, including one of the biggest for Star Wars: The Force Awakens and The Last Jedi, the new Black Panther trailer played during the halftime show of a big football game, this time at the National Championship Game in Atlanta. The trailer, billed as a “Special Look,” debuted following a halftime performance from Kendrick Lamar, who late last year hinted that he was working on the Black Panthersoundtrack. The 8-minute or so set featured a medley of hits including “DNA,” “Element,” “Humble” and “All The Stars” — the latter being the first single from the Black Panthersoundtrack. Lamar ended the set by saying “This is TDE… Black Panther” and then walking off stage.

At San Diego Comic-Con in 2017, an exclusive trailer for Black Panther was shown to the 10,000 people gathered in Hall H. The trailer was set to the tune of Lamar’s “DNA.” Director Ryan Coogler told the Los Angeles Times that Lamar created a perfect anthem, which summed up his feelings on the story of T’Challa, Wakanda and Black Panther at large.

Black Panther will be released on Feb. 16. 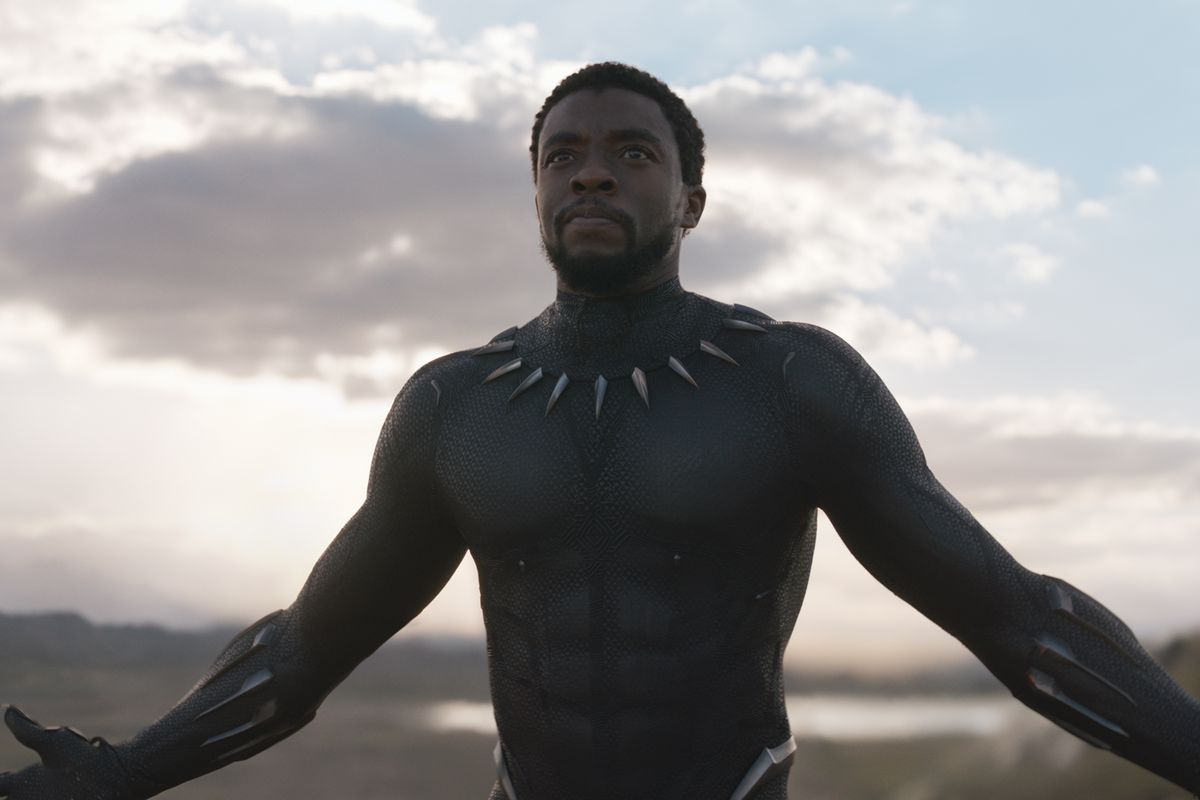 Update: This story has been revised throughout with additional information.

Social media users were in outrage Sunday afternoon, after a post suggested that the Pin Traders store in Disney World’s Spring Marketplace is selling a Black Panther pin that features T’Challa, the hero of the upcoming movie, wearing a black mask over a white face. However, additional photographs suggest that a camera flash may have lightened the skin tone in question.

The image that touched off the controversy was first reported by The Disney Pin Blog, a website dedicated to reporting on official Disney Parks pins, on Dec. 31, according to the site’s page. (Disney Pin Blog is not an official Disney website.) The tweet that caught everyone’s attention, however, was sent out earlier today.

The pin is described as an “open edition pin spotted at Walt Disney World featuring Marvel’s Black Panther,” selling for $12.99.

Ryan Mondics, owner and editor-in-chief of The Disney Pin Blog, told Polygon that the photo was taken by the website’s staff and uploaded by his team directly.

The pin is not available online as part of Disney’s official merchandise at this time. “We are getting lots of negative feedback,” Mondics told Polygon, of reaction to the pin’s appearance.

After reports of the photo being altered were brought up online, Polygon confirmed with Mondics that he did not use Photoshop or any image-editing software on it. It appears a flash was used to take the photo, making T’Challa’s underlying skin tone appear lighter.

Two photos taken by Mondics are below. The first was the one Mondics used in the blog; the second is without a flash.

A similar image to the second one appeared on an eBay listing sent to Polygon. The skin tone, however, is notably darker than the images above.

On Twitter, some complained that the skin tone on the pin should be much darker and match that of both the character of T’Challa and the actor portraying him, Chadwick Boseman.

Asked if the pin was still on sale at Disney World, Mondics told Polygon that a large quantity was available for purchase. Polygon called the World Spring Marketplace pin store to inquire about the Black Panther pin, but got a message saying the office was closed.

“As of a couple of days ago it was still available at Pin Traders store at Disney Springs,” Mondics said. “They had a lot available.”

Polygon reached out to Disney for comment and verification that the pin is an authentic Disney item. We will update this story once more information becomes available.

Black Panther, Disney and Marvel Studios’ first big movie of 2018, will be released on Feb. 16.